Here’s a short explanation how to execute python unit tests during VSTS/TFS builds, without the need of plug-ins. The basic idea is to create a JUnit XML from your test results, and then have it published to the TFS build dashboard.

First, on the relevant build agent(s), install the pytest module. You can use the following command, or your favorite CM tool.

Next, edit your build definition in TFS, and add two build steps: one (Batch Script) for running py.test to generate a junit XML, and one (Publish Test Results) for publishing the xml to the test results page.
The full command line to run the tests is as follows (in this example, the unittest code is in test_MyApp.py):

Here is a sample build definition which includes only those two steps: 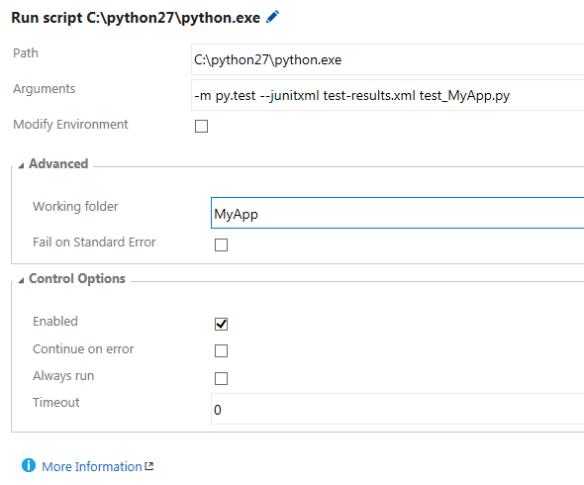 Finally, queue the build, and you will able to see the test results in the build page: